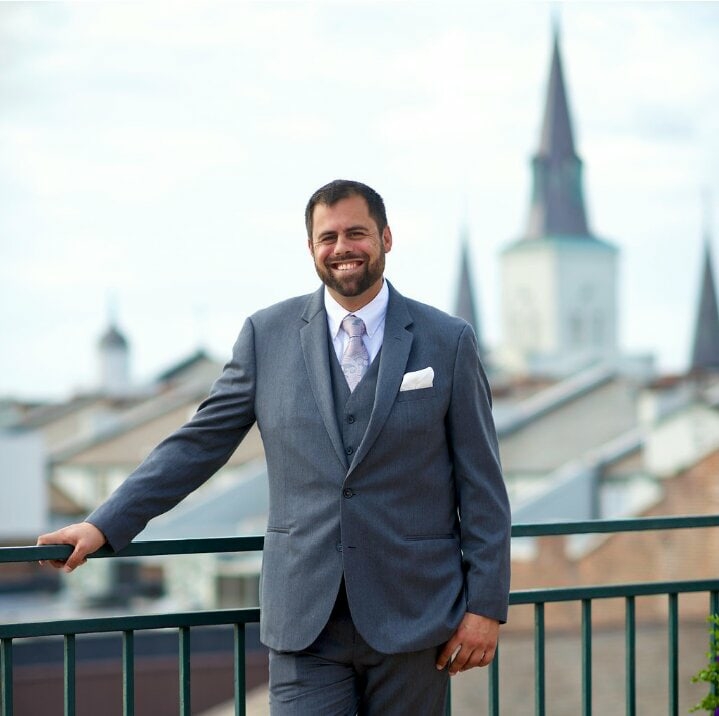 Russell is a business broker with KW Commercial in Metairie and the founder of the Louisiana Business Brokers Association. He is a recent graduate of the Economic Development Ambassador Program with New Orleans Business Alliance, and winner of the 2018 Rising Star Award from the New Orleans Metropolitan Association of Realtors (NOMAR). He is also on the Diversity & inclusion Committee for both NOMAR and Keller Williams Worldwide. He has REALTOR®, CID®, TMA®, M&A Source, and IBBA® memberships and has MBA, CIPS, and CBI designations. He also has RSPS and SFR certifications, and is currently pursuing CCIM and M&AMI designations.

Russell has +10 years experience in entrepreneurial and administrative support for Fortune 500 companies such as Ticketmaster, Hilton, and UBS and for other organizations such as Canyon Capital Advisors (a hedge-fund), Crusader Entertainment (Academy Award Winning movie production company), and The Salter Group (a forecast and valuation firm). From 2012 to 2018, Russell was a full-time pedicab driver in the French Quarter.

Russell also runs the largest unpaid FLSA-compliant internship program for a for-profit company in the world, and its mission is the social impact achieved from fostering the development of Soft Skills in business, the lack of which is the core aspect of the Skills Gap in the USA. Graduates of this program can be hired for unique discounts on the services we offer, and there is also a donation-based program for those services to employ BIPOC interns and interns from other marginalized communities so that they can afford to take time off from work or so that they can afford to pay for childcare to take time off from familial obligations in order to participate in this internship program.

Russell is also the founder of 10 non-profit organizations, including 501c3's, a 501c4, 501c6's, and a 501c12. He has also created a PAC, and he has participated in a nationwide unincorporated NGO in another country. He has written bylaws for all of these organizations, and he has been involved with unique legal experiences with actual lawyers through another non-profit that helps non-profits find extremely high-quality legal advice for free. Administratively, within these organizations, he has been a part of leadership councils and committees varying in sizes from 2 members (legal in Louisiana) to +50 committee members, and he has served in every role from President, Secretary, and Treasurer to Executive Director or Volunteer. He is familiar with RROR, and he is able to work with other decision-making formats. In regards to membership growth and decline, he has helped one nationwide organization in a foreign country grow from 500 to 1500 members and 10 to +50 committee members in less than a year, and he was also given the opportunity to experience and professionally handle the organization's downfall and public scrutiny via several press releases.

Russell has an MBA in Financial Decision Systems from Loyola Marymount University where he also earned a Certificate in International Business with a group dissertation on Sales Practices in Asia and where his final exam in his Real Estate course was praised by his professor as “the best presentation [his professor has] seen in over 30 years of teaching”. He also has a self-designed Bachelor’s Degree in Digital Media from UC Berkeley.

Russell is married to an accomplished woman in the education industry, and they have a baby named Benjamin and live with their dog, Petey Pablo Boo-Boo Deux-Beux.